Confessions of a Female Honker 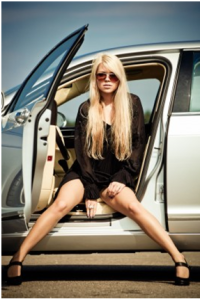 In regards to the opposite gender, there are some things that I’ve noticed that are complete turn offs as well as complete turn ons and I’d like to share them. Keep in mind that these are my subjective opinions. Not every woman will feel the exact same way. I’m basing my suggestions on personal experience as well as comments I’ve routinely heard from female friends. I want to make it absolutely clear that my intention is not to be hurtful. Think of me more like your big sister who’s just telling it like it is because at the end of the day, we love you. With that in mind, here goes…

Negative Ned – I’m not talking about the guy that rides a motorcycle or has tattoos or Adam Levine’s it all day because that’s more of a sexy attitude. I’m talking about the guys that are consistently negative every single day of their lives. The complainers, the grumblers, the everything-around-me-sucks guys. I’ve met many guys that I found attractive but slowly became people I loathe solely because of their attitudes. I get it. We all have bad days. We all have moments of not knowing where are lives are going. But we want the men in our life to be a man that has a positive outlook, that can put on a smile when saying hello (even if it’s forced – we appreciate the effort), the guys who see the beer mug half full. No one wants to be in a relationship with a constant downer.

Mr. Rude – This one is a cousin of the bad attitude. This is the guy who talks down to you because he has some weird notion that if he treats you like you aren’t that important you will fall madly in love. I’m still not sure where some men ever got the idea that talking like a jerk attracts women but it’s just not true and if it IS true then you end up with a woman with very low self-esteem.

I’ve had a couple of guy friends date women that have left them practically scarred. They are left thinking that every woman will suck out their soul again. It’s just not the case. There are great women out there just like there are really great men. Always be kind, always be polite, always treat people like you’d like to be treated. Even if you had your heart crushed once by a really bad, narcissistic, selfish woman, keep on being kind and you will eventually attract an equal. But don’t assume that every woman deserves to be talked down to because most don’t.

Mr. Bad Breath – I feel like this one is the ultimate deal breaker and I think it’s because there’s no polite way to tell someone that talking to them is like suffering the exhaust fumes of a truck transporting farm pigs. While everything else may be seemingly smooth sailing bad breath is the silent killer to many starts of a potentially great relationship. Brushing isn’t enough. Floss daily. Regularly visit the dentist. Use Listerine and burn and brush the complete crap out of your tongue. Use mints and gum. If you want her to accept your after-date lean in kiss, make sure it’s a pleasant offer.

Mr. Hooded Sweatshirt – You don’t have to spend a fortune on your appearance.  You don’t have to wear the latest trends or go broke trying to look good. All we ask is that you try to take pride in how you leave the house. One of my best guy friends in the world went from wearing stretched out concert T-shirts and baggy jeans to short-sleeve fitted button up shirts and straighter leg jeans. He went from looking ho-hum to hot and it didn’t take a bunch of money. Stores like Old Navy, Target, Kohl’s, Gap all have great sales. Have dingy polos? Only rock T-shirts? Update your style with a few pieces. But please, ditch the hooded sweatshirt every day.

Mr. Crunchy Hair – I feel like this one is more subjective and maybe a tad bit shallow but I’ve heard a lot of women complain about the guy with crunchy, L.A. Looks hair. Unless your woman reached puberty on the Jersey Shore, a majority of women don’t like the look of crunchy, gel hair on their men. Just like men wouldn’t want their hands caught in sticky, crunchy hair – women enjoy handfuls of soft locks on their gentlemen.

Well, we got through that. Now let’s move on to the good stuff. The stuff that gets our precious girl hearts pounding!

When a man is nice. – The first and most commonly used word that people use when talking about (when we judge) other people is nice.

“Did you meet the new girl?”

Women want to date a decent human being. We don’t need you to be a doormat – just a genuinely kind person. Tip your servers the full 20% even if they weren’t the best you’ve ever had. Take time to help others. Don’t kick small dogs. Things like that.

When a man smells yummy. – Notice I didn’t use the word, “good.” Anyone can smell good. But what make our hearts pitter patter out of our fabulous chests is not the ten guys that smell like another can of Axe body spray.  It’s too chemically, it’s too strong, it’s too forced. The best smelling man I ever dated wore a combination of a Kenneth Cole cologne mixed with some sort of vanilla. To this day I have never smelled a man that smelled as “yummy” as he did. Whenever I smelled him around me, I’m almost positive my heart rate would increase.  I haven’t spoken to this guy in years but I’ve never met anyone that smelled as good he did. Always shower every day of course, but be experimental with scents. Just like the woman who turned you on by smelling like sugar cookies when you least expected it, surprise us by smelling like something different but sexy.

When a man respects our interests… Women love when you recognize something that is important to us and ask us about it. Just like sports, video games, podcasts – there may be some crossover with interests between genders but usually there isn’t. While similar interests can certainly help in a relationship, it really boils down to respect for the other person, which means respect for the things they love. Find out what the woman of your affection loves. What books (or magazines) does she like to read? What television shows does she enjoy? What are her favorite foods? Does she have a favorite sports team? Even if you think what we love is totally silly, keep it to yourself and at least pretend that our Real Housewives obsession is not completely stupid. After all, don’t you want your woman to respect your complete devotion to the San Diego Chargers or understand why you can’t throw out your childhood comic books?

When a man can cook… This one is more of an added bonus once you’ve found a really great guy. It’s like a hot girl that really knows her sports or can make you laugh, sincerely laugh. A guy that can cook is a rare gem because so many guys grew up with their mothers (or fathers) cooking for them. A man that can cook has taken the learning of a skill into his own hands. He’s a hot modern day caveman who can hunt and grill his kill and feed his family. It’s creative and surprising. A man who cooks can make love to you with the food he makes you. It’s just hot.

When a man is intelligent… Just like the beautiful girl with nothing going on upstairs, a man with nothing to say is a complete disappointment. Women want their minds and emotions stimulated as much as men do. We want interesting conversation and a man that will make smart decisions with his life. When you meet a man who has a curiosity about life and then goes to teach himself about these curiosities, it reminds us about the zest we should all have. A man with intelligence is exciting and challenging.

Think I missed one? What are your turn ons and turns offs about the opposite sex?

Lauren Warner is a staff writer and editor for the award-winning beauty blog, My Beauty Bunny. She lives in Chicago. She enjoys animals, reading, writing and cooking.

2 thoughts on “Confessions of a Female Honker”